The Netherlands, Bloemendaal, 12-06-2010.
Hockey, Men, National, Play Off's for national championships.
Bloemendaal vs HGC : 3-3 ( Bloemendaal wins after penalties ).
Left : Guus Vogels,the goalkeeper of HGC, is concentrating with a dish towel over his head on the penalty serie that will decide who will be the national champion .At the end Bloemendaal wins and that means that this was the last hockey game Vogels played because he decided to stop top hockey.
Right : Jamie Dwyer, three times world best player of the Year , is lifted in the air by his team mates because he scored the last penalty that made Bloemendaal the new national champion of the Netherlands . Also for Dwyer it was his last top hockey game.
Photo : Klaas Jan van der Weij 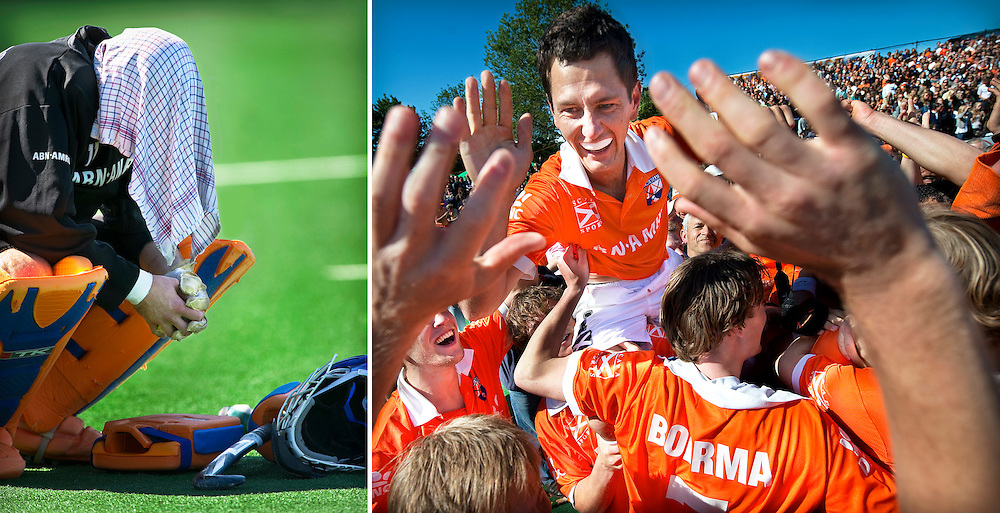